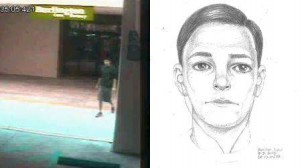 WESTMINSTER – A man was arraigned today on sex charges for groping four women by grabbing them on the buttocks in public. Matthew Andrew Linville, 19, Westminster, is charged with one felony count of false imprisonment by violence and four misdemeanor counts of sexual battery. If convicted, he faces a maximum sentence of three years in state prison and mandatory lifetime sex offender registration. Linville is being held on $100,000 bail and is scheduled for a pre-trial hearing Sept. 30, 2013, 8:30 a.m. in Department W-1, West Justice Center, Westminster.

At approximately 11:45 a.m. on Sept. 13, 2013, Linville is accused of approaching 48-year-old Jane Doe #4 in the parking lot at Hoover Golf Center in Westminster as she was preparing for golf lessons. The defendant is accused of walking up to the victim from behind and grabbing her buttocks.

The victims reported the crimes to Huntington Beach Police Department (HBPD) and Westminster Police Department, who investigated this case. On Sept. 18, 2013, Linville was arrested by HBPD.

If convicted, Linville’s mandatory lifetime sex offender registration will bar him from entering County recreational areas and City parks which have passed the Sex Offender Ordinance. Visit www.orangecountyda.com to read the prior press releases on the County’s Sex Offender Ordinance as well as the 14 other cities that have enacted the Child Safety Zone Ordinance.