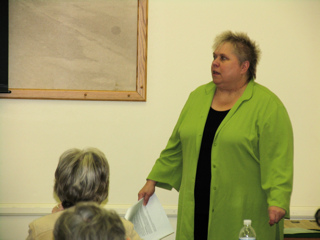 Friday afternoon, on my way home from the airport, I received a phone call from an FBI agent. At first, I thought it was some kind of a sick joke. The FBI agent informed me that my campaign treasurer, the person whom I had trusted, throughout my political career, had just been arrested for embezzlement, and that my campaign bank account, among many others, was part of the investigation. I was numb.

I got home, and as I put my briefcase down, I felt a small person jump on my back and whisper to me, “Welcome home daddy, I missed you.” It was my eleven year old daughter. At that moment, I was reminded of what counts in life, and what is important in life, family and health.

My losses will pale, in comparison to what many of my friends, neighbors are experiencing in these hard economic times, job losses, home foreclosures and many other financial tragedies.

Yet, this was a horrible betrayal, not only of the elected leaders who entrusted a longtime professional to safeguard everything we’ve built and saved throughout our careers, but also of the countless number of constituents who have sacrificed to support our campaigns so that we could be their voice in Sacramento.

And while I am saddened, I am also now more determined than ever, to continue to fight political corruption, these are hard times for all of us. And while, we push to create jobs for Californians, we must also redouble our efforts to assure that the “Bernie Madoofs” and Cities of Bell” among us are put out of business.

As a candidate for future office, this event represents a major financial setback. Yet, this event also reminds me, that in the “early days,” we were always “outspent and outgunned,” yet we always managed to win.

Our formula, then, now, and will always be the same: hard work.

Lou Delgado, a photographer who works with many Democratic officials, believes that many vendors will not get paid, by the many politicians allegedly ripped off by Durkee.

One Democrat who won’t sweat this is Santa Ana Councilwoman Michele Martinez, who is the leading candidate to replace the termed out Solorio in the 69th Assembly District.  Martinez uses David L. Gould as her Campaign Treasurer.  Delgado agreed that Gould stands to pick up a lot of business now.

Gould works out of an office in Los Angeles.  Another well-known campaign treasurer, Lysa Ray, has an office in Santa Ana.  However if you look at her client list is is dominated by Republicans, and a few questionable Democrats including Jordan Brandman and Lorri Galloway. Her Republican clients include Curt Pringle; Ken Maddox; Jim Righeimer; a bunch of Van Tran’s “Trannies,” including Dina Nguyen, Tri Ta and Tyler Diep; and the Tea Party PAC.

5 thoughts on “Treasurer who worked with Correa, Sanchez and Solorio arrested by the FBI”