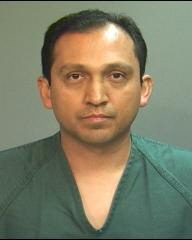 SYNOPSIS: On 12-24-11, Capacete picked up a female on Harbor Blvd, in the City of Santa Ana. Once the victim was inside Capacete’s vehicle, Capacete produced a handgun and a taser. The victim’s hands were tied behind her back and she was sexually assaulted in the van. Evidence left at the scene led detectives to investigate suspect Capacete. A search warrant was performed at the suspects residence in the city of Baldwin Park where items were recovered as evidence leading detectives to believe that there are additional victims. To date two of the additional victims have been identified and detectives are following up. END_OF_DOCUMENT_TOKEN_TO_BE_REPLACED