OCFA firefighter paramedics quickly extricated 1 patient and immediately treated/transported a total of 5 trauma patients as part of a head-on traffic collision MCI (Multi-Casualty Incident) at S. Raitt and W. Monte Vista in the City of SantaAna at 10:14 a.m. today.

The cause of the crash was not divulged.

Eastbound lanes of Taft Avenue between Neville and St. Thomas were closed until approximately 2:00 pm.

Anyone with information on this investigation is asked to call the Orange Police Department at 714-744-7444.

On Friday, June 26th, 2020, at approximately 9:46 pm, the Santa Ana Police Department received a call of a traffic collision involving multiple vehicles in the area of 1st and Lacy. Officers responded to the area and located the collision involving two vehicles. Orange County Fire Authority (OCFA) personnel responded and began to treat the injured parties. All three of the injured parties were transported to the hospital for further medical attention. One of the injured passengers, who was eight months pregnant, underwent emergency surgery. During the surgery, the fetus was pronounced deceased as a direct result of the collision.

The preliminary investigation has revealed that one of the vehicles was traveling east on 1st making a left turn onto Lacy. A second vehicle, traveling west on 1st at a high rate of speed, struck the vehicle making the left turn onto Lacy. The driver traveling west on 1st fled the scene on foot prior to the arrival of police. Investigators are still determining if alcohol played a role in the collision, but speed is believed to be a factor. The cause of the collision remains under investigation.

Based on the investigation, a silver Toyota Camry was traveling eastbound on Santa Clara Av. from Heliotrope Av. when the driver veered off the roadway and struck a tree located on the south side of the street. END_OF_DOCUMENT_TOKEN_TO_BE_REPLACED

The victim was walking on the sidewalk at the 500 block of North Main St. when two cars collided, at about 8:50 p.m. One of the vehicles injured the victim when it went onto the sidewalk, after the collision.  END_OF_DOCUMENT_TOKEN_TO_BE_REPLACED

An unidentified man reportedly ran from SAPD police officers, after a car crash, and jumped over several fences while holding a baby in his arms, before he abandoned the baby and hid in a house, according to the O.C. Register.

The car crash happened at 7:40 p.m. on Tuesday, July 25, at the intersection of Bristol Street and Warner Avenue, according to the SAPD. END_OF_DOCUMENT_TOKEN_TO_BE_REPLACED

The fiery crash was captured on video by one of our readers, Anthony Monks, who shared the footage and a few pictures with us. END_OF_DOCUMENT_TOKEN_TO_BE_REPLACED 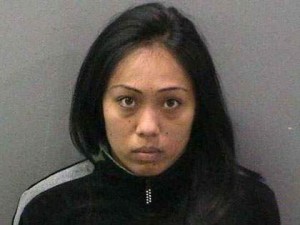 At approximately 11:00 a.m. on April 27, 2011, Nicolas is accused of speeding northbound on Interstate 405 near Edwards Street in a Toyota Prius. She is accused of being distracted and inattentive while driving and failing to notice that the traffic ahead had come to a complete stop. END_OF_DOCUMENT_TOKEN_TO_BE_REPLACED 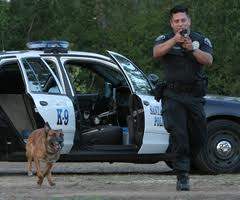 California Highway Patrol officials are investigating a crash involving a police officer and his K-9 companion in Santa Ana that happened on Broadway Street and 18th Street on Saturday at around 6 pm, according to ABC News. END_OF_DOCUMENT_TOKEN_TO_BE_REPLACED

The crash happened just after 11 a.m. Friday at Cabrillo Park Drive and Fruit Street, across from the Matchpoint Tennis Academy at Cabrillo Park. Two men who were inside a black Audi sedan remain at large in the neighborhood, according to CBS News. END_OF_DOCUMENT_TOKEN_TO_BE_REPLACED