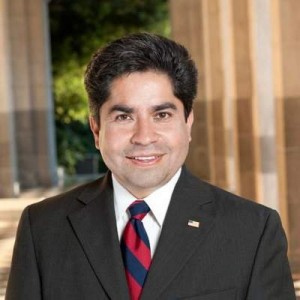 “Jose Solorio will bring a significant amount of knowledge of his community and experience with him to the State Senate,” said Pro Tem Steinberg. “As a former City Councilman in Santa Ana, former State Assemblyman, and presently a Community College Trustee, he will hit the ground running in Sacramento. It’s vital that the Senate Democratic Caucus and our friends from around the state invest in this important election that will be among the most hotly contested in California. The 34th Senate District is a Democratic seat and we’re making it a top priority to keep it that way.”

This week, Steinberg and the Senate Democratic Caucus tapped Senator Kevin de León to be the next leader of the State Senate. De León is another prominent state official to also endorse Solorio for Senate. “I enjoyed working together with Jose Solorio in the State Assembly,” said Senator De León. “His strong work ethic and extensive policy expertise makes him an excellent candidate and, clearly, the most suitable representative for the Orange County/Long Beach Senate District.”

In addition, Solorio has garnered support and endorsements from numerous statewide public safety and labor organizations including:

“I’m grateful and pleased to have the early and strong support of the Senate Democratic leadership and these important organizations,” said Solorio. “I appreciate their confidence in me and am looking forward to working with them in Sacramento to benefit our community.”

Community College Trustee Jose Solorio is the President of the Board of Trustees for the Rancho Santiago Community College District, which oversees Santa Ana College and Santiago Canyon College, and represents 700,000 residents in the cities of Anaheim, Garden Grove, Irvine, Orange, Santa Ana, Tustin, and Villa Park. Prior to that, he represented the cities of Anaheim, Garden Grove and Santa Ana in the State Assembly for six years. He holds a bachelor’s degree from UC Irvine and a master’s degree in public policy from Harvard University.

« SAPD seeks witnesses who saw a woman get assaulted at The Crosby
Updated: Why do we know so little about the attack on a young woman at The Crosby? »