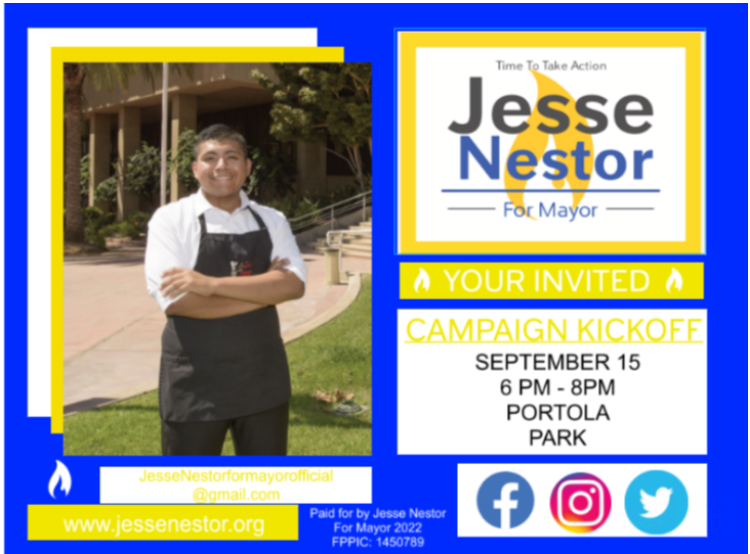 Santa Ana Mayoral candidate Jesse Nestor is hosting a campaign kickoff next Thursday (9/15) from 6 to 8 pm at Portola Park.

Nestor is a registered Libertarian. The other Mayoral candidates, Valerie Amezcua and Sal Tinajero, are both Democrats.

Nestor does not yet have a campaign website but he was interviewed last month by the Orange Juice Blog. Here are a few excerpts from that post: