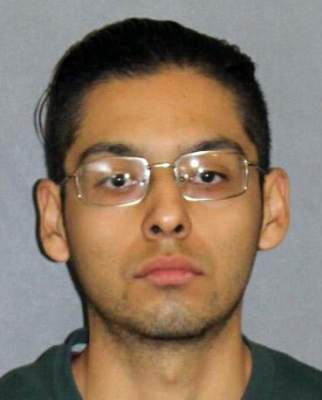 Eduardo Godoy Gonzalez a 25-year-old Santa Ana man was convicted on Monday of trying to sexually assault a woman who was cleaning offices in Irvine after hours.

Prosecutors alleged that Gonzalez approached his victim, a woman, at an office building located at 17877 Von Karman Ave., in Irvine at about 1:20 a.m. in February of 2019. He was carrying a skateboard and a fake Glock handgun, in the pocket of his sweatshirt, at the time. He entered the building through an unlocked door, according to the Irvine Police Department.

Gonzales then spoke to the victim in Spanish, asking her if she was working alone. She responded yes and then he made aggressive sexual comments to her before he demanded sex. He then pulled out the fake gun in his pocket, when she said no. He pointed it at her and he threatened to kill her, according to the prosecutor.

Gonzales then pushed the victim into another room, where he tried to remove her clothes. While the victim hollered for help to get the attention of her supervisor, Gonzalez tumbled over an ottoman and dropped the gun, allowing the woman to run for help in the next-door office building

She then ran into a nearby office building looking for help.

When the Irvine police arrived at the scene they found the fake handgun. They were then warned by the victim that Gonzalez had a knife too.

The victim survived with bruised arms, hands and breasts. She also had scratches on her face.

The police credited Gonzalez’s manager at a Sprouts grocery store in Tustin who called investigators and identified him as the culprit.

Prosecutors also alleged that on Jan. 13, 2019, Gonzalez harassed another woman, offering to pay a woman so he could perform a sex act on her.

Gonzalez is scheduled to be sentenced on Jan. 27.