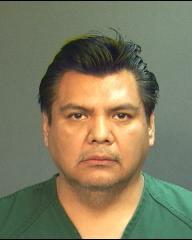 Advisory: Santa Ana Police Arrest Couple for Sexual Assault of Family member under the age of 10 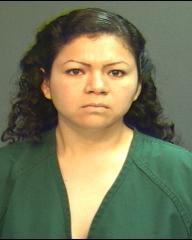 Initial investigation 3/16/2012 Officers were contacted by school officials at Heritage Elementary reference a lewd act upon a child investigation. The victim a 9 year old female confided in a friend that she was being sexually assaulted by a family member. The friend concerned reported the allegations to school staff. The staff contacted the victim and confirmed the allegations. The school Principal contacted the Police Department.

Investigation revealed the victim was being sexually assaulted by two adults who reside in the same residence as the victim. Suspect Nazario Enrique Cruz-Sanchez was arrested for the sexual assaults while Estela Garcia the victim’s family member was arrested for the active encouragement and participation in the acts. Both suspects were booked into the Santa Ana Police Jail.

1.Lewd or Lascivious acts with a child under 14
2.Continuous sexual abuse of child
3.Oral copulation with person under 16 years
4.Willful cruelty to child with possible injury or death
5.Sexual intercourse or sodomy with child 10 years of age or younger