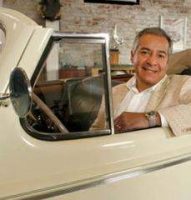 The event will kick off at 3:00 pm on Saturday, June 4th with many dignitaries on hand to celebrate and congratulate the three generations of the Escalante family who are involved in both civic life and the business community. Presentations and speeches are scheduled to begin at 5:00 pm. Custom Auto Service is located at 302 French Street, Santa Ana, CA. For press access, please contact Alma Flores at (714) 720-2109 or via email at aflores@santa-ana.org. 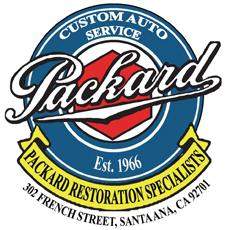 Facing eminent domain and looming seismic retrofitting issues, William Lauer retired in 1983. Robert Escalante assumed ownership of the company, not fully understanding the challenges he would face. Robert’s father, brothers and cousin joined the business and it became a family enterprise. Escalante admits that at the time, he suffered from the “ignorance is bliss” phenomenon. “None of my dreams and wishes could have been accomplished without the support of our dedicated officials. For that, I am thankful and cordially invite them to share in the 50th Anniversary of Custom Auto Service…a business with a golden story in the Golden City,” Escalante commented.

Escalante along with a number of other local business owners entered into a public/private partnership in 1983 to develop Santa Ana’s Fiesta Marketplace in order to promote and save thru adaptive re-use many of the historic buildings in the downtown. For decades, Fiesta Marketplace became a popular economic and community focal point. For 33 years, Robert Escalante and his staff have taken on a defining role in maintaining a business and cultural identity that embody the ideals of the American dream: opportunity, hard work, success, and prosperity. 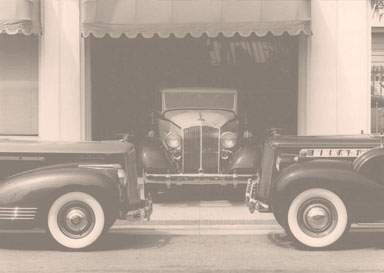 The City of Santa Ana with help from Heritage Orange County and the Santa Ana Historical Preservation Society were instrumental in obtaining a designation for the first nationally registered historic downtown/district in Orange County. “And Custom Auto Service is smack dab in the middle of it” according to Robert Escalante who grew up in Santa Ana and graduated from Valley High School. He went on to say, “We are putting what America has built back on the road. I have greatly enjoyed growing this enterprise and creating a business that is so unique and has afforded my family and I many wonderful opportunities.”

Escalante has served on the Civic Center Commission in years past along with raising tens of thousands of dollars for various charitable causes including Pediatric Cancer Research of Orange County and The Boys & Girls Club. The business has been widely featured in many publications in years past and even had a starring role in a PBS production done about the quirky downtown called “Primer”. His clients include a “who’s who” of business titans and entertainment automotive collectors.