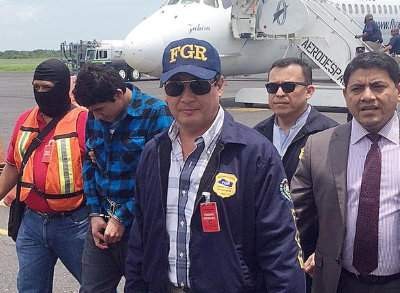 Gomez is one of several MS-13 members accused in the killing on March 7, 2015, of Andres Ernesto Oliva Tejada, an attorney in the homicide unit of the Salvadoran Attorney General’s Office.  Oliva Tejada was parking his car when he was shot multiple times by someone on a passing motorcycle, according to Virginia Kice, an ICE spokeswoman.

Gomez fled El Salvador and sneaked into the United States illegally in April, according to Kice.  Immigration officials received a tip from Interpol that Gomez was wanted in El Salvador for aggravated homicide and might be staying with relatives in Los Angeles, on June 4.

Another MS-13 member, Carlos Vidal Navarro Montesinos, is in ICE custody in Texas, and yet another suspect has been detained in Maryland.