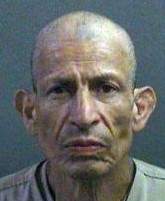 SANTA ANA, Calif. – A man who was extradited to Orange County from Mexico was sentenced today to 35 years to life in state prison for murdering a 19-year-old woman in 1992.

At his sentencing today, the victim’s mother, Rosemary Hudson, delivered an emotional impact statement to the court. Hudson stated in part, “I know she would have been a great mother and I would have loved to be a grandmother to her future children, but that is an experience I will never know.” She continued to state, “she was well on the way to doing something great with her life, until she crossed paths with the defendant.”