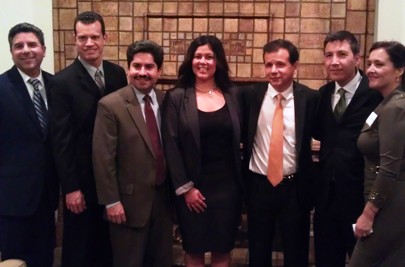 Both Martinez and her colleague, Council Member David Benavides, ripped Santa Ana Mayor Pro Tem Claudia Alvarez this week, on Facebook, when Alvarez’ ally, Santa Ana Parks and Rec Commissioner Max Madrid, filed a lawsuit to compel the Santa Ana City Clerk to issue nomination papers to Alvarez.  She is seeking to run again in November, for reelection, although she appears to be termed out.

When the Santa Ana City Council first drafted Measure D it originally included Mayoral term limits.  Currently the Mayor of Santa Ana serves two year terms but there is no term limit.  Santa Ana Mayor Miguel Pulido ended up supporting Measure D, but only after mayoral term limits were removed from it.

The silly thing about term limits is that we the voters have the right to throw any of these bums out when they come up for reelection, but it is very difficult to beat Santa Ana City Council incumbents because they can raise a lot of money from city vendors and developers and they get help, usually, from the Santa Ana Police and Fire Unions, as well as the SEIU, which represents the rest of the city’s employees.

However redevelopment is now dead, thanks to California Governor Jerry Brown.  And former City Manager Dave Ream, plus most of his deputies, are long gone.  One of the last holdovers from the Ream era, city executive Jill Arthur, has been trying to get named as assistant City Manager to the new boss, Paul Walters, but I hear that the City Council majority is having none of that.  They want her gone too.

All of this of course puts Pulido in a very tight spot.  He can no longer count on his longtime ally, Council Member Carlos Bustamante, since he has been charged with numerous felony sex crimes and public theft.  And his other longtime ally, Council Member David Benavides, has become increasingly rebellious.  I really don’t think Pulido can come up with four votes anymore.

But can the rest of the City Council agree on a new term limit measure, or anything else for that matter?  There are all sorts of schisms on the Council.  Alliances shift almost daily.  Martinez for one thing is very angry with Pulido, as he gave her primary assembly campaign only tepid support.

The fair thing to do would be to go back to two four year terms for the Santa Ana City Council Members and then make the Mayoral term limits equivalent.  That way everyone would be maxed out at eight years.  Pulido could always run for Ward 3, which is Bustamante’s ward, and serve one term, then go back and run for Mayor again.

Alvarez is sure to run again if Madrid’s lawsuit prevails.  If not there is one announced candidate for her seat, young newcomer Karina Onofre.  It is thought that SAUSD Trustee Roman Reyna is also interested in running for Alvarez’ seat.