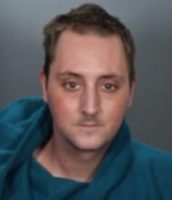 Tyler Pitchford was arrested on murder charges by Orange Police Officers as he was released from a hospital on June 28, in relation to a fatal DUI auto collision.

On May 21, 2022, at 10:29 p.m., Pitchford (31-year-old male from Orange) was driving a Kia Soul north on Tustin Street. Pitchford failed to stop for the red light at Taft Avenue and collided into a Porsche. The driver of the Porsche died at the scene.

Pitchford was admitted to a local hospital with significant injuries. Pitchford’s blood sample returned positive for several illicit drugs including Fentanyl and he has two prior convictions for driving impaired.

Pitchford has been booked at Orange County Jail.

« An L.A. man was arrested for sexually assaulting an Irvine woman in an elevator
Fountain Valley police arrested a felon and seized his guns and narcotics »