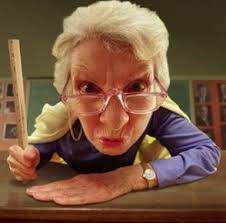 Teachers’ unions suffered a major legal setback Tuesday after a Los Angeles Superior Court judge ruled that state laws governing teacher tenure are unconstitutional, according to CBS News. What does this judgement mean for kids enrolled in public schools in Santa Ana? Here is how Students First summed it up:

Across the country, students and teachers are celebrating. In his decision today in Vergara v. California, Judge Rolf M. Treu affirmed that California’s students have a constitutional right to educational equality. This ruling is a huge win for kids and teachers in the Golden State. The journey towards this decision began in May 2012, when nine courageous public school students filed a lawsuit in Los Angeles Superior Court. They challenged several statutes that forced schools and districts to push out great teachers and retain ineffective ones—thus directly harming students. For instance, state law required that, in the unfortunate case of layoffs, the last teacher hired be the first teacher fired—regardless of the teacher’s effectiveness. Known as “last-in, first-out” (LIFO), this policy guarantees that great teachers will be taken away from the students who need them. Additionally, the plaintiffs challenged laws that awarded tenure before teachers showed a track record of success and made it nearly impossible to remove ineffective teachers from the classroom. It’s no surprise, then, that the case has kick-started a desperately needed national conversation on the structural flaws of our public education system. For far too long, harmful and illogical policies have persisted simply because they were considered politically untouchable. But no longer. It is my sincere hope that we will ride this momentum and work towards making the reforms necessary to ensure that every student receives a great education. And while the Vergara decision is an important step, there are many more issues to address. Going forward, state legislatures across the country should take this opportunity to reexamine their education systems and determine whether they truly prioritize students.

Los Angeles County Superior Court Judge Rolf Treu cited the historic case of Brown v. Board of Education in ruling that all students are entitled to equal education and said the current situation discriminates against minority and low-income students in placing ineffective teachers in their schools, according to the Daily News. “Plaintiffs claim that the challenged statutes result in grossly ineffective teachers obtaining and retaining permanent employment, and that these teachers are disproportionately situated in schools serving predominantly low-income and minority students,” the decision said. Los Angeles Unified School District Superintendent John Deasy testified during the trial that it can take over two years on average to fire an incompetent tenured teacher and sometimes as long as 10. The cost of doing so, he said, can run anywhere from $250,000 to $450,000. What this boils down to is if you are a terrible public school teacher your job is no longer guaranteed.  This is a huge win for parents and schoolchildren!  Most public school teachers I know have their kids enrolled in either private or charter schools.  Perhaps now they will put them back in our public schools?