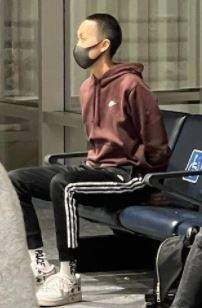 DENVER – Brian Hsu, age 20, of Irvine, California, has been charged by criminal complaint with interference with a flight crew and assault within the special aircraft jurisdiction of the United States.

The charges stem from Mr. Hsu’s alleged assault of a flight attendant on October 27, 2021, aboard American Airlines Flight 976, which was diverted to Denver, Colorado.

It is anticipated that Mr. Hsu will appear in the United States District Court for the Central District of California for an initial appearance later today.

The charges in the criminal complaint are allegations. The Defendant is presumed innocent until proven guilty beyond a reasonable doubt.

The matter was investigated by the Federal Bureau of Investigation, with assistance from the Denver Police Department. Assistant United States Attorney Brad Giles is in charge of the prosecution.

One thought on “Irvine man charged with assaulting a flight attendant”