GANG ASSOCIATE CONVICTED OF MURDERING WOMAN BY DRAGGING HER WITH CAR

SANTA ANA – A female associate of an Asian criminal street gang was convicted yesterday of murdering a woman by dragging her several blocks on the outside of her car. Lynn Ai Quach, 24, Garden Grove, was found guilty by a jury yesterday Sept. 4, 2014, of one felony count of special circumstances murder during the commission of a robbery with sentencing enhancements for criminal street gang activity and vicarious discharge of a firearm by a gang member. She faces a maximum sentence of life in state prison without the possibility of parole at her sentencing Oct. 24, 2014, at 9:00 a.m. in Department C-41, Central Justice Center, Santa Ana.

Co-defendant and Asian criminal street gang member, Christopher Dai-Ichi Yu, 22, Fountain Valley, was found guilty by a jury June 8, 2011, of one felony count each of murder, attempted murder, and street terrorism with sentencing enhancements for criminal street gang activity, personal discharge of a firearm, and vicarious discharge of a firearm by a gang member. He was sentenced Nov. 18, 2011, to 74 years to life in state prison. 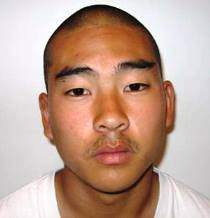 On March 27, 2010, Yu and Quach arranged to meet 38-year-old Tuyet Thi Huynh with the intention of robbing her under the false pretense of selling her drugs. At approximately 11:30 p.m., the defendants met the victim in a parking lot at Russell Paris Park in Westminster. Huynh approached the defendants’ car, where Quach was in the driver’s seat and Yu was in the front passenger’s seat. Huynh’s 36-year-old boyfriend, Truong Pham, waited for the victim in his car.

When the victim approached the passenger window of the defendants’ car holding cash, Yu grabbed the cash from Huynh’s hand. Huynh’s purse became tangled on the car and Huynh’s arm was tangled in the purse. Quach began to drive away and Huynh was dragged for almost a mile until she fell from the outside of the car and landed on the road. A witness stopped to help her and called 9-1-1.

The victim’s boyfriend attempted to follow Yu and Quach in his car and called 9-1-1. Yu attempted to murder Pham by shooting at his car with a firearm as he followed behind the defendants. A passing Orange County Sheriff’s Department deputy observed the two speeding vehicles and performed a traffic stop of the defendants’ car.

The deputy detained Yu and Quach, who were arrested shortly thereafter by responding officers from the Westminster Police Department (WPD). At the time of their arrest, Yu and Quach were in possession of a firearm and Huynh’s purse inside their car.

Huynh was transported to the hospital and was later pronounced dead due to head trauma from being dragged and falling from the car.