36-year-old Eduardo Estrada-Luevano of Santa Ana was killed on Friday, March 17, when his motorcycle collided with a van in a hit-and-run crash, according to ABC News.

The collision happened around 5:15 p.m. in the 200 block of South Standard Avenue, according to the O.C. Register. 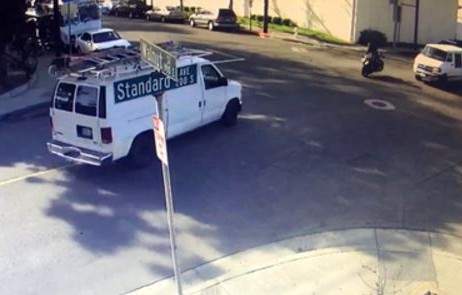 Estrada-Luevano was driving a 2006 Yamaha motorcycle due south on South Standard Avenue when a white utility van collided with him as it made a left turn on East Walnut Avenue, according to the SAPD.

The accident became a crime when the driver of the van drove off after the collision.

The hit and run vehicle has damage to its right side, according to NBC News.

Anyone with information about the crash is asked to contact Santa Ana police at Orange County Crime Stoppers at 1-855-TIPOCCS.

« Santa Ana’s new food truck ordinance is about restricting business, not safety
A suspected transient was stabbed near the Santa Ana City Yard on Friday night »