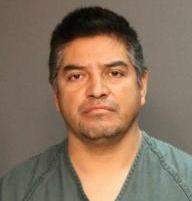 On four occasions between Oct. 3, 2012, and Dec. 6, 2012, Landaverde was driving in a white minivan in Santa Ana near Valley High School and Godinez Fundamental High School. Between 7:30 a.m. to 8:00 a.m., Landaverde approached 10 girls in his vehicle between the ages of 14 and 17, opened the driver side door and exposed his penis while he remained inside his minivan. In some cases, Landaverde smiled and masturbated to the victims.

Landaverde’s lifetime sex offender registration bars him from entering County recreational areas and City parks which have passed the Sex Offender Ordinance. Visit www.orangecountyda.com to read the prior press releases on the County’s Sex Offender Ordinance as well as the 14 other cities that have enacted the Child Safety Zone Ordinance.