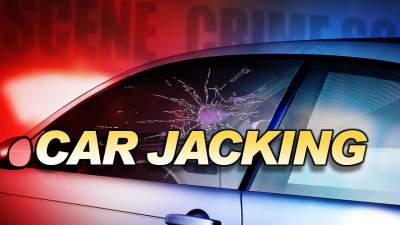 Alfredo M. Hopgood of Costa Mesa, a 26-year-old felon, was arrested today after allegedly carjacking two people at gunpoint today, at about 3:33 p.m., near Fashion Island, in Newport Beach.

Hopgood allegedly stole one vehicle and then carjacked another vehicle, at gunpoint, after the first vehicle became disabled after he crashed it.

Hopgood led the police on a pursuit that ended when he barricaded himself in a partially built home in the Dover Shores neighborhood, according to the Newport Beach Police Department.

Hopgood was arrested and he was booked on suspicion of robbery, carjacking, felon in possession of a firearm, ammunition and a large capacity magazine as well as assault with a deadly weapon, recklessly evading police, violating parole and carrying a gun in a public place, according to the Newport Beach police.

Hopgood is being held without bail.