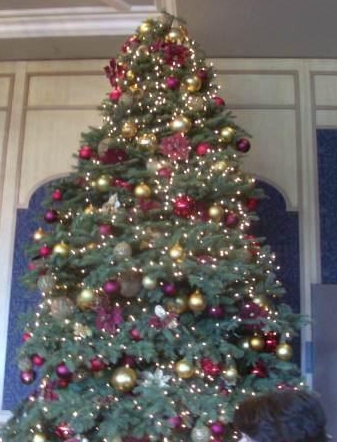 “Orange County Superior Court officials decided to put a Christmas tree back in the courthouse lobby today after receiving dozens of complaints from court staff,” according to the O.C. Register.

The tree – which was part of a solicitation of toy donations for needy children and has been a tradition in the courthouse for more than 20 years – was taken down earlier this week after a member of the public complained about it.

Is there a national war on Christmas?

“In fact, there is no war on Christmas. What there is, rather, is a burgeoning myth of a war on Christmas, assembled out of old reactionary tropes, urban legends, exaggerated anecdotes and increasingly organized hostility to the American Civil Liberties Union. It’s a myth that can be self-fulfilling, as school board members and local politicians believe the false conservative claim that they can’t celebrate Christmas without getting sued by the ACLU and thus jettison beloved traditions, enraging citizens and perpetuating a potent culture-war meme. This in turn furthers the myth of an anti-Christmas conspiracy,” according to Salon.com.

Perhaps the war on Christmas is made up then, but here in Santa Ana, many residents are happy that the Christmas tree has returned to the Orange County Courthouse.