Apparently the Mexican government has taken note about his unpopularity – and now he is being replaced, by Alejandra Garcia Williams, according to Gustavo Arellano, over at the OC Weekly’s Navelgazing blog. 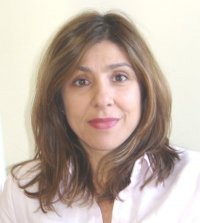 Arellano wrote that Quezada’s “spinners told the Orange County Register that he was set to retire in January and is just expediting the process.”  Needless to say, Arellano didn’t buy the spin…

Williams hails from San Franciscom where she is the Deputy General Consul – and she has a very active Facebook account.

One businesswoman in Santa Ana told me that Quezada almost bankrupted her when he decided to start offering passport photos.  He undercut what businesses in town could charge for that service, and unlike those businesses he did not collect sales tax revenue for the State of California.

That businesswoman ended up having to lay off most of her workers.  I have a feeling she won’t miss Quezada.  And I wonder what he did with all the proceeds of the passport pictures?

Quezada was embraced by Santa Ana’s city leaders.  Let’s see if they take to Williams with the same ardor.