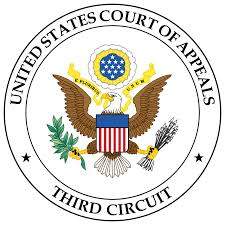 Remember when the Democratic Party of Orange County endorsed setting up a clinic in Downtown Santa Ana where drug addicts could go to get free drug needles? There was a similar effort at the time to set up clinics where doctors could shoot up drug addicts with Heroin and other illegal drugs. Well a U.S. court just put the kibosh on that! Here are the details:

In a precedential opinion, the Third Circuit ruled yesterday that it is a federal crime to open a supervised injection site or “consumption room” for illegal drug use.  Local nonprofit Safehouse planned to open the nation’s first such consumption room in the City of Philadelphia, where individuals would be invited to inject heroin and use other drugs under supervision.  But the Third Circuit ruled that doing so “will break the law” because Safehouse knows and intends that visitors to its consumption room will have a significant purpose of using illegal drugs.  In agreeing with the government’s interpretation of the Controlled Substances Act, the Court explained that, “[t]hough the opioid crisis may call for innovative solutions, local innovations may not break federal law.”

“The Court’s decision re-affirms that ‘safe’ injection sites are a violation of federal law,” said Acting Attorney General Jeffrey A. Rosen.  “The Department supports efforts to curb the opioid crisis ravaging this country, but injection sites are not the solution.  There are more productive ways to address drug abuse, and today’s ruling by the Third Circuit has confirmed that these sites are illegal and therefore not the answer.”

“The rule of law is still alive and well in Philadelphia – having been re-affirmed by the U.S. Court of Appeals for the Third Circuit, which held that it is a federal crime to open a heroin injection site or ‘consumption room’ for illegal drug use,” said U.S. Attorney for the Eastern District of Pennsylvania William M. McSwain.  “The Third Circuit’s opinion is a faithful reading of the statute’s plain language and is consistent with Congress’s intent to protect American neighborhoods from the scourge of concentrated drug use.”