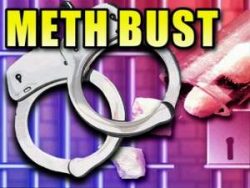 During the inspection, 333 pounds of what was presumed to be methamphetamine was discovered in various locations throughout the vessel by a USBP canine team. A field test kit confirmed the substance was methamphetamine.

The vessel and methamphetamine were turned over to HSI LA BEST for further processing.

The U.S. Attorney’s Office in the Central District of California has accepted the case for federal prosecution.