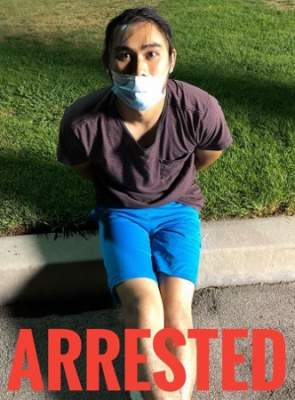 On Saturday, August 22, at approximately 1:17 a.m (4+ hours after the Fountain Valley Police DUI checkpoint began), Evan Nguyen, a 25-year-old resident of Anaheim, drove right into the checkpoint, which was set up near Brookhurst and Edinger in Fountain Valley, according to the F.V. Police Dept.

Nugyen advanced his vehicle approximately 50 feet past the huge “DUI CHECK POINT AHEAD BE PREPARED TO STOP” sign. He then collided with a parked police motorcycle.

Nguyen was immediately contacted by FVPD Officers and detained. Nguyen was impaired and had narcotics in his pocket.

The results of the checkpoint were as follows: