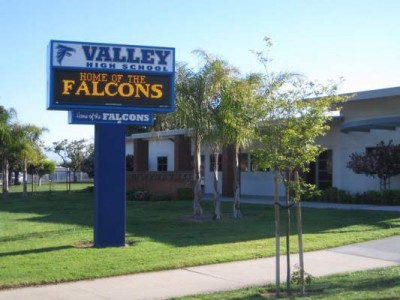 Santa Ana Valley High School’s students and parents are wondering what in the world their Principal, Patrick D. Yrarrázaval-Correa, was thinking when he told their popular Football Coach, Larry Mohr, last month, to resign or be fired.

Valley was 48-28-1 during Mohr’s seven-year tenure. The Falcons were Orange League champions in 2013 for the second time in three years, going 5-0 in league and 7-3-1 overall. Valley is 13-2 in league games over the past three seasons, according to the Orange County Register.

Mohr’s players even had a great cumulative grade-point average during the most-recent grading period of 2.86.

Students and parents deserve an explanation from Yrarrázaval-Correa!  Don’t expect him to come clean.  Instead you need to contact the members of the SAUSD School Board.  They no longer list any email addresses on their website! Fortunately I have some of their personal contact information available, as follows:

5 thoughts on “Updated: Why did Valley High School’s Principal force out Coach Mohr?”