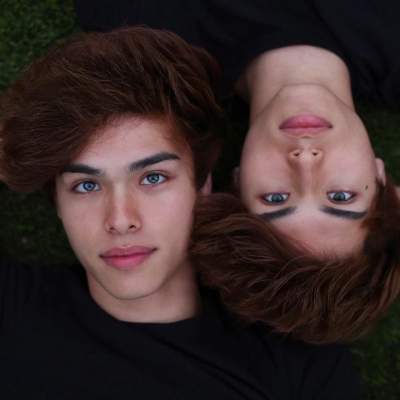 SANTA ANA, Calif. – Twin brothers who star in YouTube videos featuring pranks on unsuspecting people pleaded guilty to misdemeanor false imprisonment and reporting false emergencies in connection with a pair of fake bank robberies in Irvine that resulted in their Uber driver being held at gunpoint by police. The Uber driver was not involved in the prank.

Alan and Alex Stokes, 23 of Irvine, had been each charged with one felony count of false imprisonment effected by violence, menace, fraud, or deceit and two misdemeanor counts of falsely reporting an emergency in connection with the October 15, 2019 pranks.

They each faced a maximum sentence of five years in jail if convicted on all counts.

The Stokes brothers were each sentenced to 160 hours of community service, one year formal probation, and ordered to pay restitution. The judge also ordered the brothers to stay away from the University of Irvine – the location of one of the crimes – and to stop making videos that mimic criminal behavior.

On October 15, 2019, at about 2:30 p.m., the Stokes brothers are accused of being dressed all in black, wearing ski masks, and carrying duffle bags full of cash as they pretended they had just robbed a bank while their videographer filmed it.

Police issued a warning to the Stokes brothers about the dangerousness of their conduct and let them go.

Four hours later the Stokes brothers performed the same kind of prank on the campus of the University of California, Irvine. Police again received emergency calls regarding a potential bank robbery.

“These crimes could have easily resulted in someone being seriously hurt or killed,” said Orange County District Attorney Todd Spitzer. “An active bank robbery is not a casual police response and these police officers were literally risking their lives to help people they believed were in danger. It is irresponsible and reckless that these two individuals cared more about increasing their number of followers on the internet than the safety of those police officers or the safety of the innocent Uber driver who was ordered out of his car at gunpoint.”