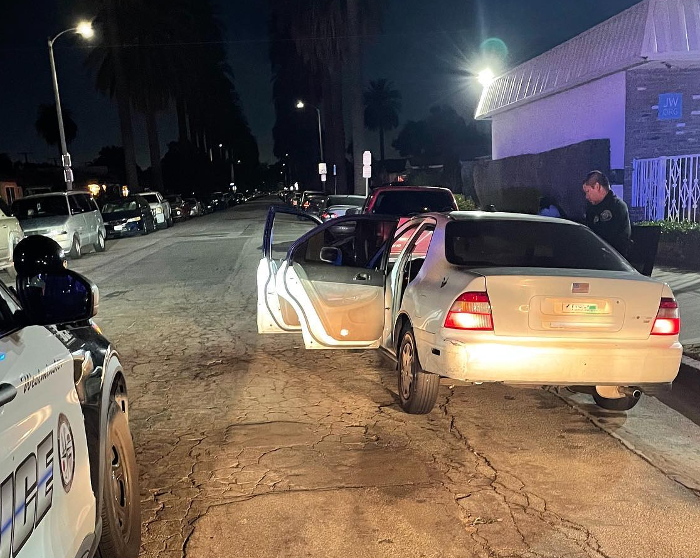 On Saturday, at approximately 1:30 a.m. hours, a Westminster Police Officer attempted to a stop a vehicle for CVC (California Vehicle Code) violations in the area of Bolsa/Bushard.

The vehicle failed to yield and a pursuit was initiated. The pursuit traveled to Los Angeles, where CHP handled the remainder of the pursuit.

At the termination, two occupants attempted to flee and were taken into custody without incident.

The driver and passenger were arrested for felony evading and drug charges.