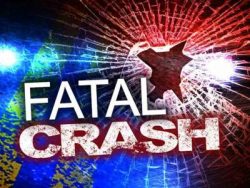 On Thursday, November 30, 2017 at approximately 5:30 p.m., our officers responded to the intersection of Bristol Street and Santa Clara Avenue in regards to a motorcycle vs. vehicle collision with the motorcyclist reported to still be in the roadway. OCFA responded and briefly treated the motorcyclist at the scene before pronouncing him deceased.

From physical evidence and witness statements, the motorcyclist was headed south on Bristol. The other involved vehicle was headed north on Bristol and was turning left onto Santa Clara when the collision occurred. The driver of the vehicle remained at the collision scene and cooperated with the investigation. The driver is believed to not be under the influence of alcohol or drugs at the time of the collision. The motorcyclist’s sobriety will be determined from a forensic toxicology analysis completed as part of the autopsy performed by the Orange County Coroner’s Office.