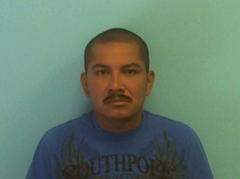 Synopsis: On 05/21/2017, at 3:34 a.m. , a 25 year-old victim was walking northbound on Broadway Street where she was pulled down the stairwell to the Copper Door and was sexually assaulted. The above suspect has been identified through evidence collected at the scene, as Gildardo Cortez Martinez (29). Martinez has an outstanding warrant for driving under the influence.

Anyone with information as to the whereabouts of suspect Gildardo Martinez please contact Det. Majors (714) 900-4174 or Orange County Crime Stoppers at 1-855-TIP-OCCS.