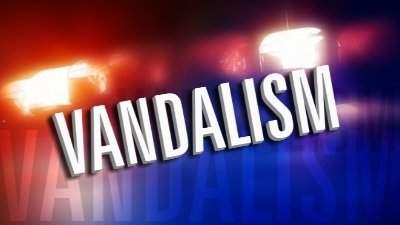 Hugo Standley Vargas, a 34-year-old man, was arrested by the SAPD after he broke into a building housing urns at Fairhaven Memorial Park & Mortuary in Santa Ana, broke open an urn and spread around the ashes from the urn.

Vargas climbed the fence into the cemetery around 4 a.m., on Friday, April 23, according to the SAPD.

Vargas broke into a columbarium, where veterans are interred in urns.

A cemetery worker discovered the break-in and called the SAPD.

When the SAPD police officers arrived at the scene they found Vargas in a fetal position near an opened vault. They also noted the vault was damaged, an urn was out of it and Vargas was laying among the ashes.

Vargas told the police officers that he came to the cemetery to visit a dead uncle. However the ashes disturbed by Vargas were of a person he was not related to. The police are also not certain that Vargas has any relatives interred at the cemetery.

Vargas also damaged a flag pole and took down an American flag.

Vargas was charged on Monday with single felony counts of destruction of a grave, vault, niche or crypt, vandalizing a cemetery, and vandalism with damages costing more than $400. He pleaded not guilty.