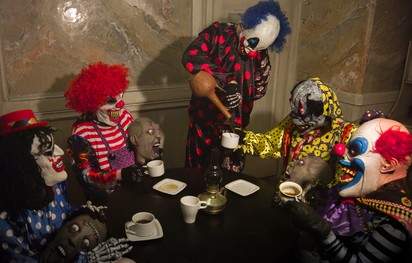 They were previously punked by Santa Ana Mayor Miguel Pulido when he refused to sign off on their vote to place the measure on the June ballot. A judge recently forced Pulido to finally sign those papers but the June election ballot submission deadline had already expired.

That did not stop the City Council majority from trying to force the O.C. Voter Registrar to accept their late paperwork. But the Voter Registrar would have none of that. He denied them again today.

So now what? I am told that the Santa Ana City Council majority is not giving up. Next they will try to place their measure on a Special Election ballot and will spend perhaps half a million dollars or more to hold a Special Election in August.

Remember that the goal of these efforts is not to change our system to District Elections. It is to reset the City Council’s term limits. Benavides and Tinajero are terming out this November. Sarmiento will term out in two years.

I am told by the way that one of Solorio’s former staffers was one of the signatories of the letter to the Santa Ana City Council that alleged that our current at large electoral system is disenfranchising Asian voters.

And guess who else allegedly signed on to that letter? Benavide’s current wife – using her maiden name instead of her married name.

These awful politicians will do anything to hang on to their power.

I am not sure what game Solorio is playing but apparently he is going to support Roman Reyna’s City Council campaign this November. And he has thrown in with the City Council majority. It is clear that we can not trust him at this point.

« The City of Santa Ana invites artists to free grant writing workshops on Saturday, April 14
The SAPD is looking for a missing man with mental problems who likes to use meth »