SACRAMENTO – Today, Legislative Republicans in both the Senate and Assembly called on Governor Newsom to convene an Extraordinary Special Session of the Legislature to immediately address homelessness, rather than waiting for action through the traditional Legislative calendar for 2022.

Led by Senator Patricia Bates (R-Laguna Niguel) and Assemblywoman Janet Nguyen (R-Huntington Beach), legislative Republicans highlighted some of the actions a Special Session could take to combat this crisis.

“We have been wrestling with this problem for decades now, and it always seems to get worse,” said Senator Patricia Bates. “It’s time for real results, most of all for the countless homeless people suffering in our neighborhoods and communities. A Special Session will bring needed focus. We can, and must, do better.”

“California is spending more money on solving the homeless issue than ever before yet we have over 70,000 more people experiencing homelessness than the second closest state in the nation,” said Assemblymember Janet Nguyen. “My family and I experienced this shocking reality firsthand 3 nights ago when a homeless man on drugs attempted to break into our backyard. I am frightened for my children’s and family’s safety and the safety of all Californians. We must come together to discuss and find solutions to this growing problem. I look forward to the governor’s response.”

The following legislative Republicans signed onto the call for a special session. Click here to download the full letter.

Today, Senator Thomas J. Umberg (D-Santa Ana) announced his candidacy for re-election to the California State Senate and made the following statement:

“Since 2018, it has been an honor to serve the people of Orange and Los Angeles Counties in the State Senate. That’s why I am proud and excited to announce that I will be running for re-election in 2022.

“Throughout my career, serving my community and country has been deeply important to me. From my tours of duty in the United States Army, to my work as an Assistant U.S. Attorney; to my three terms in the California State Assembly, and my work as the country’s Deputy Drug Czar, service above and beyond self has always been my motivator. I have been fortunate to live in Orange County since I was a young adult: my family settled in La Habra when we moved to California in 1975, our sons were born in Santa Ana, our children went to school in Garden Grove, I have represented the cities of Anaheim, Orange, and many others as an elected official, and I have worked for clients from across the southland as a prosecutor and career attorney. The chance to continue to serve these diverse and historic populations is a privilege I do not take for granted.

“Our work in Sacramento is never done – from keeping Californians healthy and safe at work and school and ensuring equal access to justice for all, to supporting our veterans and helping our small business owners thrive and create high wage jobs with retirement security – every day is a unique challenge that I am grateful to embrace.”

Senator Umberg is running to represent the newly re-drawn 34th State Senate District in 2022, which includes the communities of La Habra, Santa Ana, Garden Grove, Anaheim, Fullerton and others in Orange and Los Angeles Counties.

“I am running for State Senate because I believe that our community needs a strong fighter in Sacramento who will stand up to President Trump and his Administration on important issues like health care, immigration, energy, the environment, civil rights, education, and consumer issues,” said Umberg who previously represented the cities of Anaheim, Garden Grove, Santa Ana, and Westminster during three terms in the California State Assembly. END_OF_DOCUMENT_TOKEN_TO_BE_REPLACED 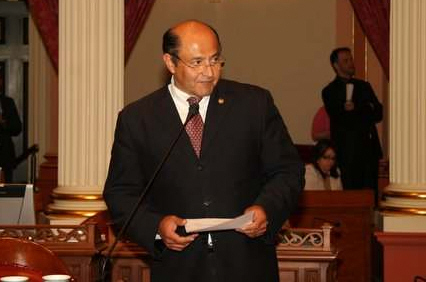 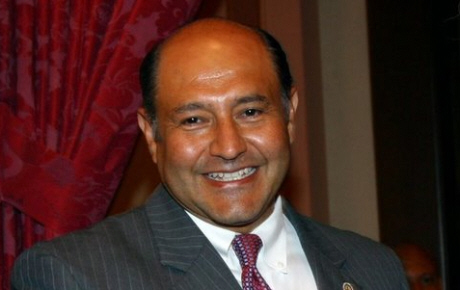 State Senator Lou Correa (D-34th District) celebrated his birthday today – and his present in Sacramento was a set of new State Senate Committee appointments, courtesy of his friend, Senate Leader Darrell Steinberg, according to the Sacramento Bee.