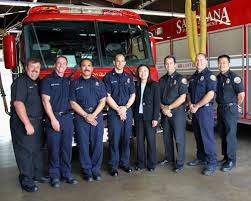 The county firefighters union had donated $4,000 to county Supervisor Janet Nguyen’s state Senate campaign, according to the OC Register.

That didn’t please OC GOP Chairman Scott Baugh, who has a policy of not issuing party endorsements to candidates who accept union money. But apparently there is a loophole as the Baugh edict applies only to local,non-partisan offices. END_OF_DOCUMENT_TOKEN_TO_BE_REPLACED

The best candidate that Orange County’s Vietnamese community had going into the June 5 Open Primary, Westminster Mayor Pro Tem Tyler Diep, dropped out of the race for the 72nd Assembly District. That left two Vietnamese candidates vying for that seat – O.C. Board of Education Trustee Long Pham, a Republican, and Garden Grove Planning Commissioner Joe Dovinh, a former Decline to State voter who is now a Democrat.