Ojeda was lucky that he did not get a life sentence. U.S. District Judge James V. Selna gave him the opportunity to earn his freedom if he behaves and renounces his past ways. END_OF_DOCUMENT_TOKEN_TO_BE_REPLACED 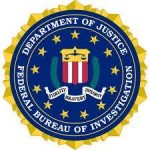 Authorities said it involved dozens of arrests and search warrants that were served throughout Santa Ana neighborhoods. More than 800 officers, deputies and agents of the Santa Ana police; Orange County Sheriff’s Department; FBI; Bureau of Alcohol, Tobacco, Firearms and Explosives; and U.S. Marshals took part in the investigation and the arrest warrants that were served before sunrise. The arrests were coordinated simultaneously. END_OF_DOCUMENT_TOKEN_TO_BE_REPLACED 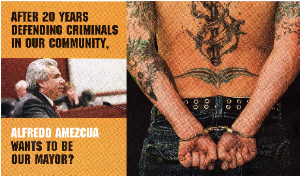 A chill must have gone up failed Santa Ana Mayoral candidate Alfredo Amezcua’s spine this morning when he cracked open the newspaper and found out that “Federal and state authorities charged 99 alleged Orange County gang members with crimes including murder, drug trafficking and extortion, at least half or whom were associated with the Mexican Mafia prison gang,” according to NPR. END_OF_DOCUMENT_TOKEN_TO_BE_REPLACED