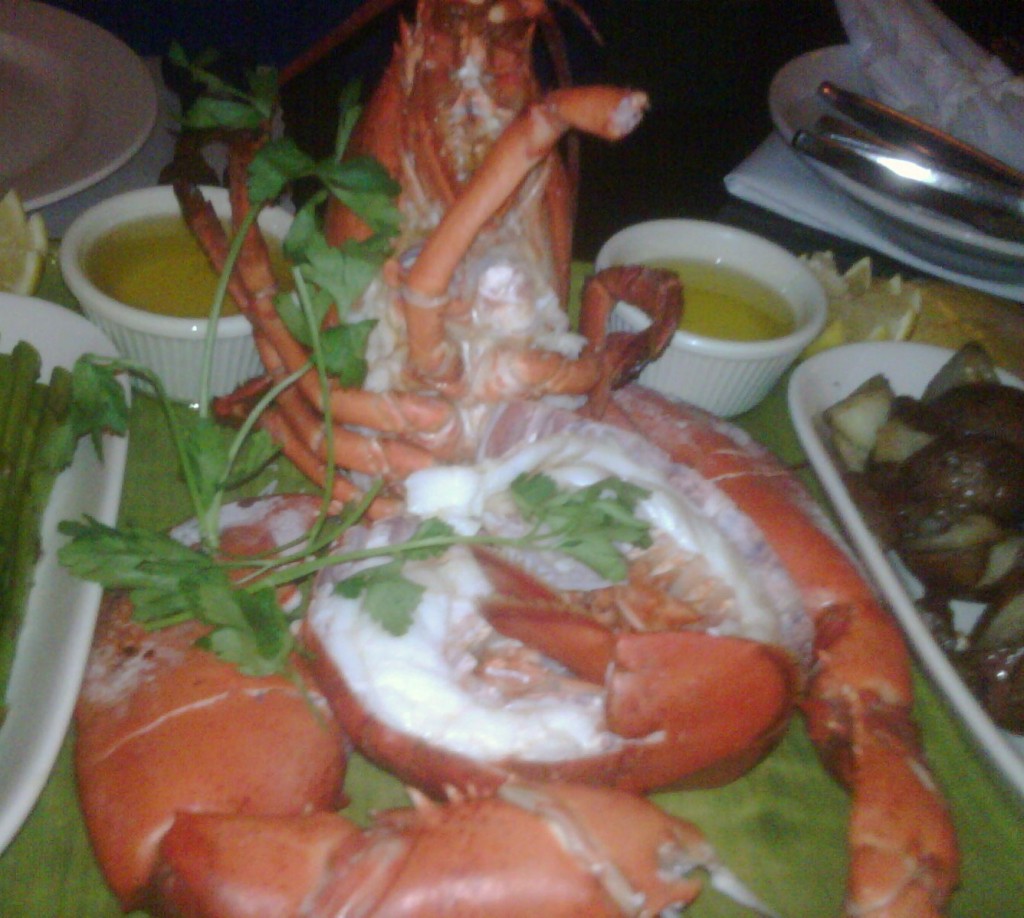 We sipped our Mojitos while we waited to find out if we had guessed correctly.  The lobster ended up weighing in at two pounds, twelve ounces.  Jay had the closest tally without surpassing the actual vote.  Hurrah!  Sherman was happy to transfer it to our dinner table, where we devoured it as our appetizer.  It was paired with asparagus and roasted red potatoes and served with melted butter.  Delicious!  But the night was just beginning. END_OF_DOCUMENT_TOKEN_TO_BE_REPLACED