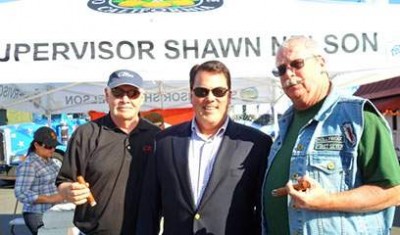 Continuing his legacy of supporting active duty military stationed overseas with a taste of freedom from appreciative family, friends and Veterans in OC, Supervisor Shawn Nelson announced today that he will host the 4 hour rally at Vintage Cigars, located at 3734 S. Bristol, Santa Ana (South Bristol at Callen Common behind the Bank of America), from 1:00-5:00pm, Sunday, October 26. END_OF_DOCUMENT_TOKEN_TO_BE_REPLACED 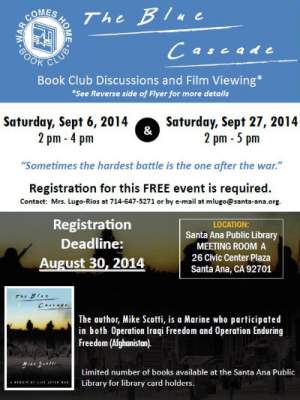 First Lt. Mike Scotti, a Marine who participated in both Operation Iraqi Freedom and Operation Enduring Freedom (Afghanistan) wrote The Blue Cascade. This is a well-written, hard-hitting memoir of a veteran of both Afghanistan and Iraq during the early years of 2000. The language and emotions are raw, but real, as the author shared how living through the war, seeing and experiencing what he did affected him and his fellow marines. END_OF_DOCUMENT_TOKEN_TO_BE_REPLACED 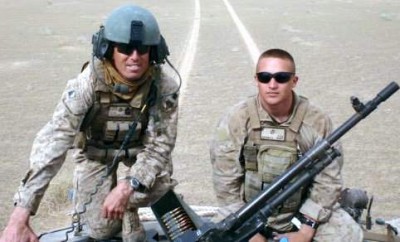 Cottle was a Police Sergeant from the LAPD, who left a wife and one-year old daughter and Centanni was the 19 -year old son – and only child – of Jon Centanni, a retired gang unit sergeant from the Santa Ana Police Department.  END_OF_DOCUMENT_TOKEN_TO_BE_REPLACED 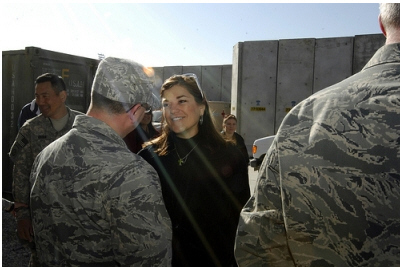 WASHINGTON, D.C. – Congresswoman Loretta Sanchez (CA-47) today questioned key military officials during a House Armed Services Committee hearing on recent developments in Afghanistan and the proposed drawdown of U.S. Forces. Rep. Sanchez has long advocated for a full withdrawal of U.S. troops from Afghanistan and believes it is imperative that the President get our troops out of the country even faster than he has proposed. Concerned by where the Department of Defense has spent limited defense dollars, Rep. Sanchez asked witnesses to clarify when U.S. forces began to train Afghan National Security Forces and how many have gone through training.

“Last year, the Department of Defense spent more than $26 billion training and equipping the Afghan National Army, while our workers faced layoffs and reduced health care benefits and our children faced lower-quality education. This disparity is unacceptable,” said Sanchez. “I question what the President hopes to accomplish with the nearly 90,000 American troops he has directed to remain in Afghanistan beyond this year. According to our witnesses today, the Department of Defense has trained, equipped and retained about 305,000 Afghan soldiers, at enormous cost to our nation—and this number does not include those soldiers who we were unable to retain. We need to responsibly transition Afghanistan’s security to these trained Afghan forces. This is a transition I believe will actually increase the chances for long-term success of the mission and will allow the United States to bring our troops out of harm’s way and end this costly and unproductive war.”

Here is the Libertarian Party’s response to Obama’s speech on Afghanistan:

“President Obama’s speech was disappointing, but not surprising. The withdrawals he announced are painfully inadequate. Obama’s withdrawals, even if they are carried out as he described, will still leave about 70,000 American troops in Afghanistan, probably for years to come. The president is commander-in-chief of the military. He has the power to end the war now, and withdraw all American troops, and that’s what he should do.

“The U.S. has no business fighting a war in Afghanistan. Nearly three years ago, our Libertarian National Committee adopted a resolution calling for the withdrawal of our armed forces from Afghanistan. We are saddened and angry that there are now more troops there than ever.

“Obama talked about ‘ending the war responsibly.’ I think the word ‘responsibly’ is a weaselly escape hatch in case Obama doesn’t want to withdraw more troops later. He will just say, ‘That would be irresponsible — I need to keep the war going strong.’

“This war causes the Afghan people to justifiably feel a greater hatred toward America. It makes American taxpayers poorer. And it emboldens other would-be aggressors, who can point to American intervention in Afghanistan whenever they feel like doing the same elsewhere.

“There are two big winners from the continuation of this war: Our military-industrial complex, which seems to have the president in its back pocket, and the Afghan government, which continues to enjoy tremendous benefits at the expense of the American taxpayer.

“If anything, Republican reactions to the president’s speech were even more ridiculous than the speech itself. Republican Senator John McCain fretted that this withdrawal was not ‘modest’ enough. Republican presidential candidate Mitt Romney, feeling the need to criticize Obama despite the fact that they basically agree on everything, complained of an ‘arbitrary timetable.’ Republican House Speaker John Boehner worried about losing our ‘gains’ in Afghanistan. All these comments show an inability to comprehend an intelligent, modest foreign policy, as well as a serious lack of respect for American taxpayers.”

American foreign policy should seek an America at peace with the world. Our foreign policy should emphasize defense against attack from abroad and enhance the likelihood of peace by avoiding foreign entanglements. We would end the current U.S. government policy of foreign intervention, including military and economic aid. We recognize the right of all people to resist tyranny and defend themselves and their rights. We condemn the use of force, and especially the use of terrorism, against the innocent, regardless of whether such acts are committed by governments or by political or revolutionary groups.

Thousands of people lined the streets and filled St. Martin De Porres Catholic Church in Yorba Linda to pay there respects to Lance Cpl. Rick Centanni.  Centanni was killed on March 24th along with another Marine from Yorba Linda Sgt. Major Robert Cottle when an improvised explosive device exploded in Afghanistan.

Centanni is the son of Santa Ana Police Sgt. Jon Centanni.  Hundreds of officers from Santa Ana and other agencies across the county were there to offer their support to Centanni and to honor his son.  Ironically Cottle was a police officer as well, he was a member of the LAPD.

Lance Cpl. Centanni hoped to follow in his fathers footsteps one day and become a Santa Ana police officer.  Santa Ana Police Chief Paul Walters made the younger Centanni a police officer today, presenting his father with an honorary badge, a nameplate and identification card.  The badge inscribed with number 3228 will never be worn again by a Santa Ana officer.