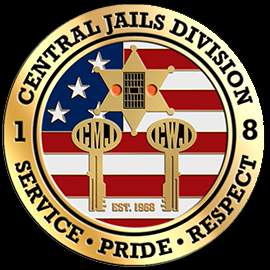 On Thursday April 1, 2021, a deputy working in the mental health-housing module at the Intake Release Center was serving an inmate with a disciplinary notice for a jail rule violation. The deputy requested the inmate sign the notice through the cell door hatch. The inmate refused to sign the notice and instead, extended his arms through the open hatch on the door. The inmate refused to bring his arms back inside the cell, preventing the deputy from securing the hatch. The deputy left and returned a short time later with two other deputies so they could assist in gaining voluntary compliance from the inmate.

The deputies approached the inmate and again requested his compliance to bring his hands back inside the cell. When the inmate refused, a deputy is suspected of throwing hot water on the inmate’s arm. During a later security check, the inmate told another deputy that he was injured from the incident and requested medical assistance. The inmate had visible injuries and was provided medical attention.

The following day, on April 2, three deputies from the Intake Release Center were placed on administrative leave. An internal criminal investigation was immediately launched, and led to the case submitted today to the Orange County District Attorney’s Office.

“I am absolutely intolerant of this behavior,” said Orange County Sheriff Don Barnes. “Deputies working in the Orange County Jail are responsible for providing care and safety for the inmates in our custody, not causing harm or injury. Unfortunately, the actions of one can reflect on the many, but I want to make it clear that this is not indicative of the conduct of deputies inside the Orange County Jail. I have reiterated to our personnel that anything that even resembles this type of inexcusable behavior will not be allowed, and that anyone who goes beyond their training and Department policy will be held fully accountable. We have completed a criminal investigation and submitted it to the District Attorney’s Office for a prosecutorial decision. It is my expectation that the District Attorney will review this case in a timely manner to determine if charges are warranted.”

The Department will continue its internal affairs investigation to determine whether policy violations were committed, which is a separate process from the criminal investigation. The names of the three deputies are not being released at this time due to protections provided under state law.