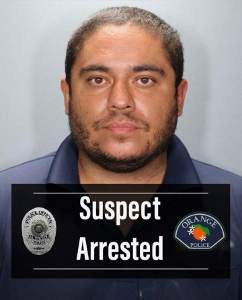 On Thursday, August 6, 2020 at approximately 11:17 p.m., officers from the Orange Police Department responded to reports of a traffic collision in the area of Chapman Ave. and Tustin St.

Officers arrived on scene and found a 26-year-old male occupant of a vehicle involved in the collision had sustained a gunshot wound.

The Orange Fire Department rendered aid to the victim at the scene and transported him to a nearby hospital. The victim, Marco Huerta Torres, of Orange, was later pronounced deceased at the hospital.

Detectives located evidence which indicated the shooting occurred in a residential area in the 1500 block of E. Locust Ave.

Anyone with information about this incident is asked to call the Orange Police Department at 714-744-7444. See Less