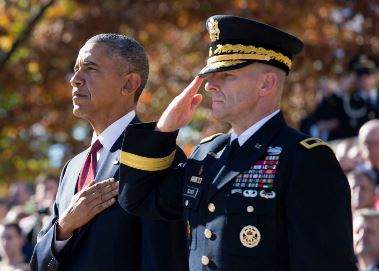 WHAT: Honored 16 deceased veterans who passed away indigent in 2016. The office of the Public Administrator has unique powers to secure real and personal property until an eligible administrator is appointed. The Public Administrator protects the assets and manages the affairs of deceased residents of Orange County, who at the time of death left no known heirs, no will, no named executor, or an executor who is ineligible. The veterans listed below were issued certificates, signed by President Barack Obama, recognizing them for their service:

« A suspected car thief led the police on a pursuit form Garden Grove to Santa Ana tonight
O.C. law enforcement will pack and give out thanksgiving turkey dinners to at-risk students on Nov. 16 »