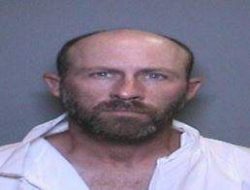 WESTMINSTER, Calif. – A serial robber was sentenced to 12 years in state prison for robbing 13 stores by threatening the cashiers with a replica firearm.