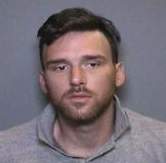 SANTA ANA, Calif. – A man was charged today with assaulting a peace officer after crashing into the officer’s patrol motorcycle with a stolen vehicle.

Charged today with the following counts:

Maximum Sentence: Five years and eight months in state prison plus one year in county jail