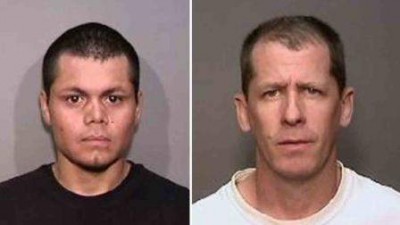 On March 14, 2014 at 10:38 AM, Anaheim Police Officers were called to the recycling center in the 1100 block of N. Blue Gum Street to investigate the discovery of a deceased female, who was located by employees. Anaheim Homicide Detectives responded to continue investigation when evidence at the scene indicated the female, later identified as Jarrae Nykkole Estepp, 21, Resident of Oklahoma, had likely been murdered.

Detectives are looking for the public’s help. Anyone with information about these cases, or anyone who believes these suspects may have been in contact with other missing persons, is asked to contact Orange County Crime Stoppers at 855-TIP-OCCS orwww.occrimestoppers.org or text OCCS and your tip to CRIMES (274637). You may remain anonymous.

To provide updated information on this investigation, a Press Conference is scheduled for Monday, April 14, 2014, at 4:00 PM. It will be held at the Anaheim Police Department Training Auditorium and will be open to credentialed media. No on-camera interviews are planned until the press conference. At the time of this writing, booking photographs of the suspects are not available.
For full details, view this message on the web.