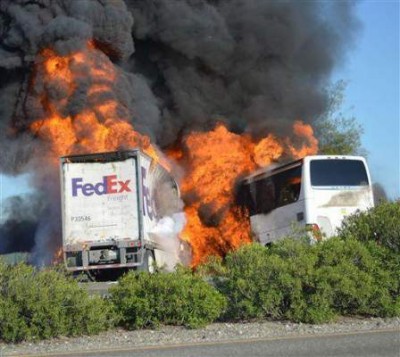 The SAUSD release stated that:

“We are devastated by the tragic incident involving the fatal bus accident that occurred last night. This was not a school sponsored event; however, we have learned that two Santa Ana Unified School District students from Century High School were on the bus and are safe having only sustained minor physical injuries. We originally thought that there may have been a third student from Santa Ana Unified who attended Middle College, but we recently learned that student was from Middle College in Los Angeles Unified School District.

Our hearts go out to the families of all those involved with special prayers to those family who sustained the loss of loved ones. We are prepared and will be offering crisis intervention to the SAUSD students involved and their families.