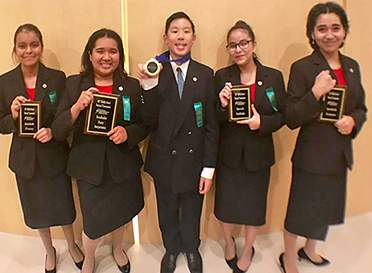 As this is the first time that the District has sent a team to the national tournament, the delegation has set the foundation for the successful future of our program. Congratulations to all of our participating scholars!