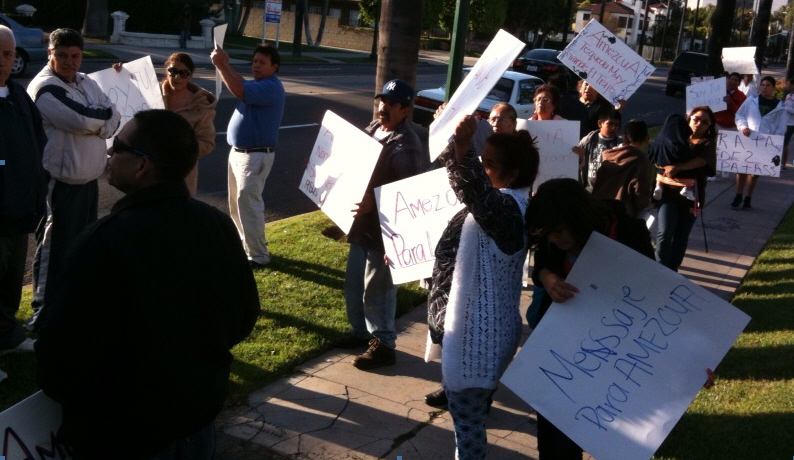 Why is Pulido allowing Vega to embarrass him like this?  It would be one thing to argue the issues with Amezcua, but going after his business is a real low blow. 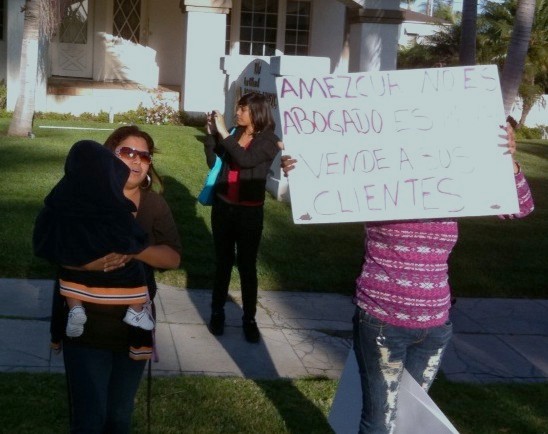 Does Pulido want to wake up to find protesters outside his Floral Park home?  I doubt that will happen as Pulido uses the SAPD as his private security force.

Speaking of the SAPD, a police officer did show up at the protest.  He asked Vega if he had a permit.  He said he did but he allegedly did not have a copy of it with him.

I seriously doubt Vega had a permit.

It is hard to believe that Pulido is encouraging what amounts to Tijuana-style politics.