Only one woman is running for Santa Ana Mayor in November 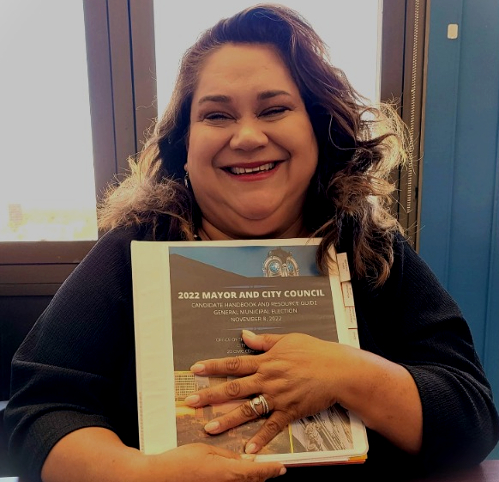 Valerie Amezcua, an SAUSD Trustee, is the only woman running for Mayor of Santa Ana in the upcoming November General Election. She retired from the Orange County Probation Department and as such is also the only candidate with law enforcement experience in the Santa Ana Mayoral race.

The other mayoral candidates include:

The current Santa Ana Mayor, Vicente Sarmiento, opted not to run again and is instead running for the OC Board of Supervisors.

Tinjero is allied with Sarmiento and the anti-police fringe in Santa Ana.

Solorio has had a long career in politics. He did not fare well two years ago against Sarmiento.

With so many men in this year’s race you have to figure that it will be easier going for Amezcua, as the only woman in the race.