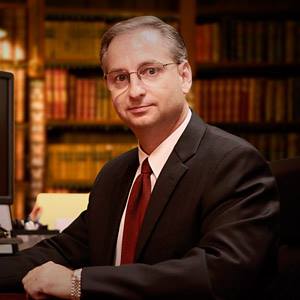 Jon Woods, 61, of Cypress, was convicted in August of 37 felony counts of insurance fraud along with an aggravated white-collar crime sentencing enhancement.

Woods was one of ten workers’ compensation applicant attorneys charged by the Orange County District Attorney’s Office in June 2017 as a result of a complex insurance fraud investigation. Charges were also filed against Carlos Arguello, Fermin Iglesias, and Edgar Gonzalez, along with four chiropractors, and several employees working for Carlos Arguello. Carlos Arguello, his employees, and Fermin Iglesias have all pleaded guilty in their Orange County Superior Court cases. Arguello and Iglesias were also charged in federal court for violating federal laws related to their scheme with medical providers, resulting in a four-year federal sentence for Arguello and a five-year federal prison sentence for Iglesias.

Targeting mainly Hispanic neighborhoods across the State, Arguello’s business handed out more than four million business-card-sized flyers per month to attract prospective workers’ compensation clients for Arguello’s “marketing” scheme. The flyers contained different toll-free numbers that all rang to a call center located in Tijuana, Mexico. The call center operators served as a sales force, responsible for securing clients for Arguello’s attorneys by conferring with staff of various law firms about the callers’ cases, and then dispatching a “sign-up” representative from Arguello’s network to the caller’s home within 24-48 hours to sign legal paperwork to hire the law firm and start the injury claim. Arguello distributed clients to law firms based on the amount each law firm paid Arguello for clients that month.
In addition to paying a monthly fee for obtaining clients, Woods also sent records subpoena work to companies controlled and operated by Carlos Arguello, in an amount equal to the number of clients he received from Arguello. These companies billed the workers’ compensation insurance policy of the injured worker’s employer for all the records subpoena services they provided for Woods, because the law requires that cost of an injured worker proving his/her workers’ compensation claim must be paid by the employer’s workers’ compensation insurance. This includes expense for obtaining records through subpoenas ordered by the injured worker’s lawyer.

Arguello’s scheme required that all clients procured through Arguello’s “marketing” would be sent to clinics chosen by Arguello’s organization. Like the lawyers participating in his scheme, a group of doctors or chiropractors were also paying Arguello for workers’ compensation patients. Fermin Iglesias, an associate of Carlos Arguello, oversaw the medical side of the scheme, in which medical service providers issued prescriptions for medical products to businesses owned by Iglesias in exchange for referral of patients to their clinics.

Woods was also found guilty of participating in a second fraud scheme in which he referred additional records subpoena work to USA Photocopy, a subpoena company owned by Edgar Gonzalez. Gonzalez paid various business expenses for Woods’ law firm as a bribe to receive the firm’s records subpoena work, including paying salaries for several entry-level employees who worked at Woods’ law firm, and paying bills for shredding costs, copier maintenance, new scanners, as well as an overseas back-office assistant.

Arguello and Gonzalez’s records subpoena companies had offshore offices in El Salvador, where employees reviewed subpoenaed records to identify more businesses that they can serve with more records subpoenas on Woods’ behalf. These companies billed workers’ compensation insurance companies for each individual subpoena.