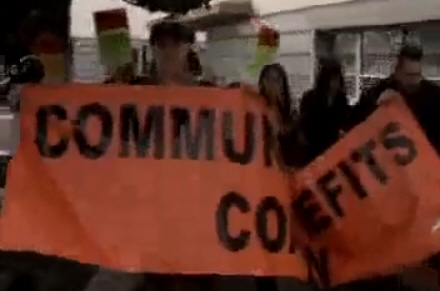 ―Now more than ever, we need economic development in Orange County, but people won’t support it if they lose confidence in the political process, said Robert Nothoff, OCCORD Policy Analyst and Rubber Stamp Process co-author. ―The planning process is broken: Communities don’t have an equal voice to counter special interests, and elected leaders are between a rock and a hard place as they look for ways to balance the budget.

Findings of The Rubber Stamp Process include:

To produce The Rubber Stamp Process, OCCORD collected and tracked all 5,600 donations made to successful Mayoral and City Council candidates in Anaheim and Santa Ana between 2004 and 2010; reviewed occupational backgrounds and geographic locations of all planning commissioners in the two cities between 2000 and 2010; and based on 3,898 pages of City Council minutes, analyzed the City Council approval rate for all new development projects in those cities between 2005 and 2010. A copy of
The Rubber Stamp Process is available on OCCORD’s website at www.occord.org/rubberstamp.

The report offers four broad policy principles to remedy the current structural bias: (1) Encourage public participation early in the development process by raising public awareness and increasing outreach to neighborhoods before important decisions are made; (2) level the playing field by ensuring that all costs and benefits for a project are taken into account and increasing transparency in the decision-making process; (3) empower every neighborhood to have a voice in development decisions that affect its quality
of life; and (4) make elected and appointed officials more accountable to the communities they represent.

―The bias we observed goes beyond the actions of any single city, elected leader, or political party. It’s about who decides what happens to our communities: Out-of-town developers or the people who live and work there, said Nothoff. ―The solution is to give communities a real voice in the planning process.

Orange County Communities Organized for Responsible Development (OCCORD) is a nonprofit organization committed to economic development that benefits everyone who lives and works in Orange County’s diverse communities.

Click here to see the graphics associated with this study.

In the interest of full disclosure, it should be noted that failed Santa Ana Mayoral candidate Alfredo Amezcua is listed as a “Champion Funder” of this organization, according to OCCORD’s website.  Moreover, their Board of Directors is totally dominated by organized labor, which is of course a special interest.  Their Board also includes Amezcua backer Amin David, of the Anaheim Los Amigos.  David is also listed as a funder or this organization.  Lastly, their Staff is also dominated by labor representatives.

OCCORD is an advocate for Community Benefit Accords – these are compacts with developers that force the developers to spend thousands of dollars mollifying the OCCORD activists.  Close to 100% of the CBAs advocated by OCCORD fail when developers realize they don’t have to listen to these unelected people.

The study fails to note that organized labor spent hundreds of thousands of dollars last year trying, fruitlessly, to elect John Leos to the Anaheim City Council – and labor figured heavily in Santa Ana Mayor Miguel Pulido’s campaign as well.  Labor money often is hidden in Independent Expenditures or arrives in the form of precinct walkers, which does not show up on campaign finance reports.

It is not illegal to accept campaign donations from sources outside of one’s city.  That is  a common practice.  In fact Amezcua has started a PAC called the Santa Ana Coalition for Better Government, which is led by three of Amezcua’s allies who don’t live in Santa Ana, including Art Lomeli, who lives in wealthy Orange Park Acres and John Acosta, who lives in Anaheim.

The Planning Commissioners in Anaheim and Santa Ana are appointed by City Council representatives elected by the people who live in those cities.  It doesn’t matter where they live.  They serve at the pleasure of the Council Members who appoint them.

While Planning Commissions often approve development projects that face community opposition, the question one must ponder is whether that opposition consists of more than a few dozen people.  The most hotly contested development in Santa Ana – the One Broadway Tower, was approved by the voters, yet today a handful of opponents continue to tie this project up in court – even though the project will provide almost three thousand good-paying jobs to union contractors.  How ironic.

The people involved in OCCORD are also allied with the folks who are suing to stop the Transit District development in Santa Ana, although it would have provided a substantial amount of affordable housing.  Again, how ironic, as affordable housing is supposedly one of OCCORD’s missions.