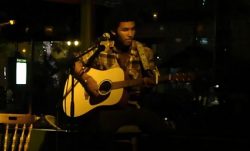 Ample (free) parking is conveniently located across the street at the Santa Ana Train Depot on the southeast corner of Santa Ana Boulevard and Santiago Street.

The theme of the show is “freedom.”  Artists will be presenting their latest works that represent this concept and how important it is to us…rumor has it there may even be a performance artist!

All proceeds from the show will benefit Artists for Human Rights (AFHR), a non-profit organization with the purpose of promoting the Universal Declaration of Human Rights as adapted by the UN in 1948.

By contributing to this event you are helping us to raise human rights awareness around the world.

AFHR welcomes all peoples of the world to join us – the only prerequisite – support and affirmation of the Universal Declaration of Human Rights. We work with like-minded individuals from all walks of life, all disciplines, races, creeds and nationalities and allied organizations to bring the full force of artistic expression to bear in the human rights arena.

As a united front, our intention is to enlighten and elevate the culture by raising our voices together thus bringing about increased sanity and tolerance in our troubled world.

Artists have the ability to touch the society so profoundly that positive change can come about as a direct result. Our greatest thinkers throughout history have always thought outside the box.

Artists have always been the greatest advocates of human rights because they know so well how vital it is that the individual’s freedom of Self-expression is protected.

Artists for Human Rights brings about greater awareness among all peoples of the world of all of our human rights as laid out in the Universal Declaration of Human Rights.

Because artists have the ability to elevate the culture, we as artists, uniting to make known the human rights of all people of the world, can bring about greater peace and tolerance.

Come on down and meet some of Joni’s favorite local artists…great art starts here.  Click here to RSVP on Facebook.

Adrian Watkins is a singer-songwriter who is looking to reach many fans with his spiritual music. His songs talk about the heartaches of not just love, but life as well. With his acoustic guitar in hand, Adrian is a passionate performer who quiets the loudest of rooms with his catchy hooks and melodic voice.

Joni is a twenty-year-old singer-songwriter who has recently captured the attention of the thriving So-Cal music community. With an unequaled alto voice, original style and iconic red hair, she has quickly garnered a loyal crowd of fans at local venues such as Waterloo Station, Gypsy Den and the Broadway Theater, where she performs weekly. Her songwriting stands apart in its biting honesty, being hailed by the OC Arts and Culture Magazine as “the breath of razor-sharp brutality that Orange County’s jeans-and-tans girly pop needs.” Joni’s music is most influenced by Norah Jones and Fiona Apple, with a hint of Counting Crows and Regina Spektor. Joni owes more than just her name to the great Joni Mitchell, whom she often covers. Joni is excited to be releasing her debut album, “In the Valley of Secrets” this month.

« Sanchez confirms that she will continue to meet in public with her constituents
Santa Ana City Council pushing for transparency, whether Ream likes it or not »

3 thoughts on “Free concert for freedom at the Santiago Lofts on Jan. 15”