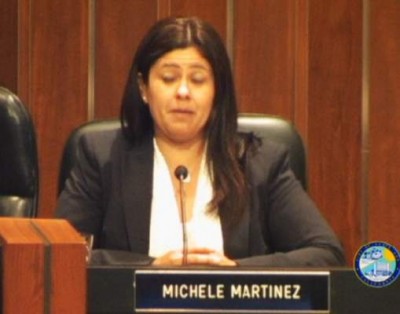 I understand that the Santa Ana City Council is negotiating to pay Martinez a stipend to serve on this board.  The shame is that back in the day the position was held by Santa Ana Public Works executives.  Wouldn’t it make sense to have public works professionals on this important board instead of politicians?  Plus you would not have to pay them more as it would be part of their jobs to attend the meetings. 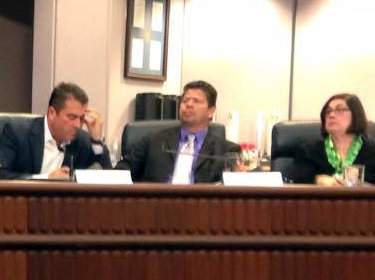 Martinez at least finished college.  Her colleague, Councilman Roman Reyna, was appointed to the Orange County Water Board in February, as we previously reported.  It does not appear that Reyna finished high school.

Santa Ana City Council member Michele Martinez was seated today as the city’s representative on the board of directors of the Metropolitan Water District of Southern California.

Martinez succeeds Daniel E. Griset, who had served on the Metropolitan board since February 2005. Elected to the Santa Ana City Council in 2006, she chairs the council’s Finance, Economic Development & Technology Committee and serves on the Development and Transportation, Public Safety and Legislative committees, as well as the Strategic Planning Subcommittee.

She also represents Santa Ana on numerous regional boards, including the Southern California Association of Governments, where she serves as second vice president, as well as the Orange County Waste Management Commission, Orange County Council of Governments and the Newport Bay Watershed Executive Committee. Martinez also sits on the boards of directors of the League of California Cities and its Orange County Division.

Martinez is the director of the Alliance for a Healthy Orange County, a collaborative of health care organizations, community-based organizations and universities that supports policy strategies and provides funding opportunities to enhance health outcomes and reduce health disparities in the county. Born in Torrance and raised in Santa Ana, Martinez earned a bachelor’s degree in criminal justice from California State University, Fullerton and is currently pursuing a master’s degree in public health.

The Metropolitan Water District of Southern California is a cooperative of 26 cities and water agencies serving nearly 19 million people in six counties. The district imports water from the Colorado River and Northern California to supplement local supplies,and helps its members to develop increased water conservation, recycling, storage and other resource-management programs.